Cancer moves exponentially, starting slow as invisible mutated cells find homes (unlike in functional bodies where they are peed out into oblivion) and then the mass or masses take off like that hopeful snow shape in a palm

that suddenly emerges as an obvious ball worthy of throwing or further building towards a snowman’s torso.

My cancer went from delicate growth (September/October) to a small bound (today). The news comes on the heels of more daunting recoveries from my most recent treatments. My husband scurried from one futile effort to the next to bring me comfort this last cycle, his only reward my teary confession that I wasn’t sure I could continue this path. It felt too hard and, in fact, stupid.

Yesterday and today I feel good (yahoo!) but the news is the cancer is feeling good as well. It’s on the move.

Who to call? What to do? I rollback over my choices, as my personal doubts mount, and recall, “Oh yes, I had to play my big card back in June when the cancer surged so fast.” But I played that big card. The cancer continues to play its hand. My hand holds few backups outside of hoping that the waiting line for UPenn moves fast and that I qualify for a trial slot sooner rather than later (or never).

Last week, I wept at the thought of enduring the back-to-back-to-back-to-back chemo days required by the UPenn protocol – HOW COULD I FACE THAT after these unrelenting five months of aggressive treatments. Today I want to book my flight to Phillly, elbow my sisters off the line and demand the start.

What odd creatures we humans are; or is it bigger than humans this quest to live?

I recall my last dog, Tony, in significant decline as he aged. Was he 16, 18? I didn’t know but he and I partnered in life for 15 adventurous, full years. Then he was deaf, dumb and blind, increasingly incontinent and having micro strokes. His rapid decline timed poorly with my terminal diagnosis. I wasn’t feeling well positioned to pull the plug. I decided as long as his tail wagged, his life was worth living. His tail wagged.

The vet gave me pills a year prior when she diagnosed the micro-strokes and a litany of other poor health omens. She inferred that these could be given for pain management (he wasn’t showing pain) or, hint-hint, to bring things to a close. Oh! My! In July of 2012 strokes left him barely able to walk beyond small circles. He stopped eating or drinking. I gave him every form of permission possible to die and started the pills. He lived. I increased the dosing and another day passed. This was like some very bad, slow moving skit. One night I gave him all the remaining pills, said my deepest levels of goodbyes only to awaken to a living dog and a husband declaring, “we are going to the vet now.”

The vet euthanized Tony – outside, on a vast lawn, on a glorious day. Tony, to the end, resisted. The vet said this was typical of dogs. Now I wonder about me.

Diem Brown was one more reality star I would never have encountered if she wasn’t plagued by recurrent ovarian cancer in the years prior to her death this past weekend at age 32. Two things struck me, again. One, how vibrant she looked mere weeks before dying despite surgeries beyond imagination. We want the dying to give us the courtesy of looking the part. It is the only way we, the outsiders, conceive of what is going to happen next. And then her last tweet, defiant, forward looking despite the cancer having engulfed her body as she swears,  “My doctors are seemingly giving up but I won’t & can’t rollover. Whatever option I have to LIVE I’m grabbing!”

I see this in my peers, regardless of age – at 82 and 32 – I see this commitment to life at all costs. And then there are the elegant exceptions. It’s a very big gray zone. Fighting vs. caving vs. bowing. Life is indeed a balancing act and the guidebooks rather vague. 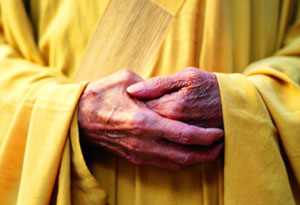