For those who track, yes, it is technically Philly Trek #15, Treatment #11 but I have decided to make it a vacation instead. Alas, I could not join my gal pals in Tucson this week for frolic in the sun. And the east coast in March is not a traditional spring break destination but why care.

My sister and I are meeting up for a vacation that will include spa treatments (albeit in the chemo lounge), health tucks courtesy of a few scans, and then a day in NYC with colleagues. I am intending to be quite content with this!

It’s been a while since I have shared a straight up report on my cross-country treks for medical care. I made my initial visit to Philadelphia, Trek # 1, the first week of April 2013  – a pre-intake intake, hoping to position myself, finally, for admission into the Autologous OC-DC Vaccine Phase One Clinical Trial. I had pursued entrance to this trial for the prior 20 months. We had heard a lot of “no’s” but now we were hearing “yes, maybe.” My cancer was looking stable enough to gain me entrance even if I was still amid my first recurrence. Eleven months later, still amid my first recurrence, it was time for Philly Trek #14, Treatment #10.

Often I have felt like a performance artist when completing my Philly Treks. Now, I model the courageous patient, now I crumble in a hospital bed, and don’t look now, because here the heroine, me, weeps on a crowded bridge as she shakes and vomits up her pathetic orange juice in the fresh snow – again and again and again and again, leaving a small and dainty pattern of no great offence. I, the artist, then continue on towards my housing and a new day that can only be better.

Trek 14, the February trek described in the paragraph above, was not dainty. It’s start was delayed a week by a last minute call from UPenn telling me to find new flights. My luggage already stood packed at the door as I awaited my ride to the airport. A bodacious storm (adjective lifted from one weather forecast) was predicted for the final day of my scheduled treatment, a day that requires a team of ten exact people to be at their posts. The Philadelphia weather projection made complete attendance unlikely. Cancelled, I was.

There could be no complications for my new treatment dates the next week or I would be out of compliance with the trial. Weather forecasts looked good at all ends of my travel but the night before my early morning flight to Philly an airline email informed me both flights were cancelled. I got the last seat in the last flights of the next day, feeling lucky, until I arrived at the Denver airport to see FLIGHT CANCELLED in the monitor. Yes, three flights cancelled in less than 24 hours and the weather was mighty tame. I rushed for assistance only to find not only no assistance but also rudeness. Southwest Airlines, I learn, does not shift you to another airline – and their next flight out to Philly was in 36 hours – too late for me to meet the chemo requirement. When I tried to engage them in problem solving (possible flights that might get me towards Philly on their airline) they said “no” and literally turned their backs on me. Oh my.

Only MY flight cancelled!

While a friend, just completing her own not fun medical procedure, stepped in to problem solve options over the phone, I still felt alone and very, very stressed – this was happening on top of a full week of travel stresses. After an additional $500 of expense and a few tense hours later I was set for the only remaining flight to leave the Denver airport for Philadelphia that night. It was on United and I arrived so late that the trains had stopped running requiring the additional expense of a cab. I was a wreck.

I showed up to treatment the next morning already sick with a migraine. My health did not improve but I did value the team’s dedication to easing my pain.

I decided the rigors of travel on top of treatment just might be too much for this gal.

I have testing and results along with my March treatment – always a dicey combination. My sister volunteered to fly in. It should be a great time to assess. My lab work continues to insinuate disease progression. My December tests were highly contradictory. Maybe this month’s results will offer clarity, always welcome.

What will the tests reveal?

I have had enough time and new information to feel calm with any outcome.

I am tired of travelling cross-country for monthly medical care and, luckily, this isn’t an endless drill. I either close out Part One in the near future, earning a travel break, or it’s time to move on to Part Two. The adventures of Part Two, T-Cell Infusion, dull travel concerns since I will be grounded in Philly until recovered which could take up to six weeks.

So, stay tuned for what comes next. 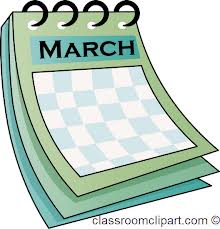 Since returning from my medical and holiday travels a few people have inquired, “So now, what is your status?” Ah, what a relevant question. Despite blogging, or maybe because of blogging, readers have been stuck on the same fast moving rollercoaster of highs, lows and plateaus as the patient, me. As we close out 2013, let me do my own little summary.

I close the year with apparent stability in my cancer. Stable is a very good word for a metastatic cancer patient living in treatment. Stable is my best bridge available to the next test results, especially given that I currently have some inconsistent results. Stable is a concept I intend to enjoy until the next round of internal tests in mid March.

Stability was my dream for 2012. That was a truly rocky year of new treatment regimes being met by new cancer growth, not a reality that can be sustained. A hard fought for surgery yielded better then anticipated results (bye-bye 10 cm of cancer) followed by a low dose chemo regime that finally reduced my remaining cancer bringing me to a start of 2013 where stability seemed possible.

2013 was a fairly easy year. I experienced the expertise and comforts of OHSU, enjoyed the easiest chemo protocol yet as I chipped away at the criteria to allow entry into the UPenn immunology trial. In early April a friend met me in Philadelphia for an intake visit that lead to my enrollment in the trial with treatment starting the first week of June 2013. Testing in January, May and September of 2013 was all relatively calm given the comforting lab results I was getting every three weeks. I was stable.

This fall, of course, began a rise in lab results and the pronouncement of new cancer and ascites (fluid in the pelvis) in the initial December scan, fast rectified by further scans and a lovely bit of holiday cheer. Who knows what is real?

I end 2013 ever aware that I reside on a cliff’s edge. I place my foot down with family and friends cheering me on and a stellar medical team leading the process. But it is my foot touching down on whatever loose rocks or solid earth is destined to be next.  I could plummet or I could close out 2014 boringly stable. We all find out together.

I am proud I met my own goal to make 2013 a year I regained some sort of larger life. I focused on my Open Society Fellowship production of a how-to manual on organizing – the final completion date is this June. I was interviewed for a national magazine article covering creative approaches to community organizing. And, I started a blog called Livingly Dying that has had 17,827 visitors from 82 countries. I plan to continue these projects, tucked in meaningfully between the more mundane full time job of staying alive.

May my 2014 be a very, very long and stable year and may yours be whatever you seek.

A treasured holiday gift – an ‘I love ewe!’